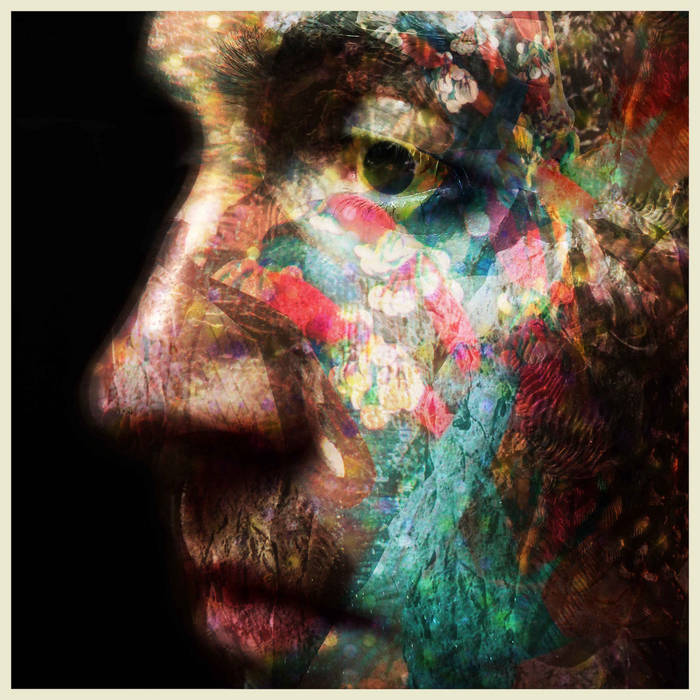 Tim Burgess’ curated imprint O Genesis Recordings present VELD, a new solo album of luminous pop incantations, electroacoustic music and shimmering drones from composer and multi-instrumentalist Daniel O’Sullivan. Whether solo or in his varied collaborative projects, O’Sullivan’s work is remarkable in the way it infuses familiar everyday experience with traces of the uncanny, the secret and the magickal. VELD distils these tangled realities into a wonderfully rich and complex record — one of O’Sullivan’s most immediate and moving pop albums to date, yet one that's strikingly dense and allusive, alive with enticing sonic diversions, hypnotic mantras and eerie biomechanical rhythms.

VELD was written and recorded between 2010 and 2016 while O’Sullivan was living on Tower Gardens Road, during the same phase that also nurtured other collaborative projects including Grumbling Fur (with Alexander Tucker) and Laniakea (with Zu’s Massimo Pupillo). This was also the space where O’Sullivan assembled and arranged Ulver’s 12th studio album ATGCLVLSSCAP and the last two Æthenor LP’s (O’Sullivan’s “automatic composition” group with Stephen O’Malley of Sunn O))) and Steve Noble). The house was a kind of parallel world, an oasis of the strange and the mystical in suburban North London belonging to Ian Johnstone (artist, permaculturalist and muse of the late Jhonn Balance of seminal English experimentalists Coil), who passed away in 2015. The album is dedicated to Ian and his home who, explains O’Sullivan, was a friend, inspiration and grounding space over the years.

Their influence has audibly seeped into O’Sullivan’s intuitive, exploratory approach to music. His varied work is united by a love of bricolage, a fascination for drawing sounds and ideas from across disciplines and aesthetic worlds into a shared orbit. Traces of his many projects all meet and mingle in VELD: from his solo music as Mothlite to the lysergic songcraft and space-time vortices of Grumbling Fur and Laniakea, the reality-distorting zones of Æthenor and Ulver, the electronic pop of Miracle (with Zombi synth maestro Steve Moore), and his recent involvement with another pioneering London group, This Is Not This Heat.

While distinctly a solo-led record, VELD is animated by the same roaming, impulsive compositional spirit as his collaborative work. While grounded in pop music — which O’Sullivan describes as the ideal vessel for channelling more celestial energies — its dreamlike soundworld draws inspiration from across both natural and human landscapes. Its influences range from Ray Bradbury (whose story ‘Veldt’ inspired the album’s title) and Gurdjieff to Borges and Anais Nin; St. John’s Wort and Psylocybin to Tottenham Cemetery and Streatham Common; Cocteau Twins and Judee Sill to Alice Coltrane and Tony Conrad.

Written during a time of great personal upheaval and growth, these are songs steeped in thoughts of change and growth: the joys, fears and strangeness of parenthood and family life, loss and grief, the passing of time. Yet they’re also inspired by the transformative, self-obliterating potential of sound and music — its ability, explains O’Sullivan, to weave together multiple voices, forms and aspects of the self into a unifying whole. So throughout you hear O’Sullivan’s voice merging and phasing with guest vocalists including Linn Carin Dirdal, Jael Reasoner and Astrud Steehouder, as the music surges from astral pop songs (‘Scorpio Rising Blues’, ‘Sabotage Devices’, ‘Luminous Fibres’) to dubbed-out electronics and burning feedback (‘Plutonians’, ‘The Projector’), fractal sound collage and spidery guitar pieces (‘Doe A Deer’, ‘Be Honour You’). The result is a record whose songs evoke multiple universes and other possible realities, making it O’Sullivan’s most unified and self-contained solo work to date.

All music composed and produced by DOS
VIII composed by Knut Jonas Sellevold and DOS
Recorded at Tower Gardens Rd, London 2012-2016
Cut by Matt Colton at Alchemy Mastering
Cover portrait, type and layout by Mark Titchner
Back and insert artwork by DOS
Autorecitation on VII from The Thunder Perfect Mind
Dedicated to the memory of Ian Johnstone (1967-2015)

Daniel O'Sullivan is a London based composer, multi-instrumentalist and producer. Member of Grumbling Fur, This Is Not This Heat, Mothlite, Laniakea, Ulver, Sunn O))), Guapo, Miasma & the Carousel of Headless Horses, Miracle & Æthenor. O'Sullivan collages a wide range of musical disciplines from free-form improvisation to hallucinatory dreampop to extended drone and electric chamber music. ... more

Bandcamp Daily  your guide to the world of Bandcamp