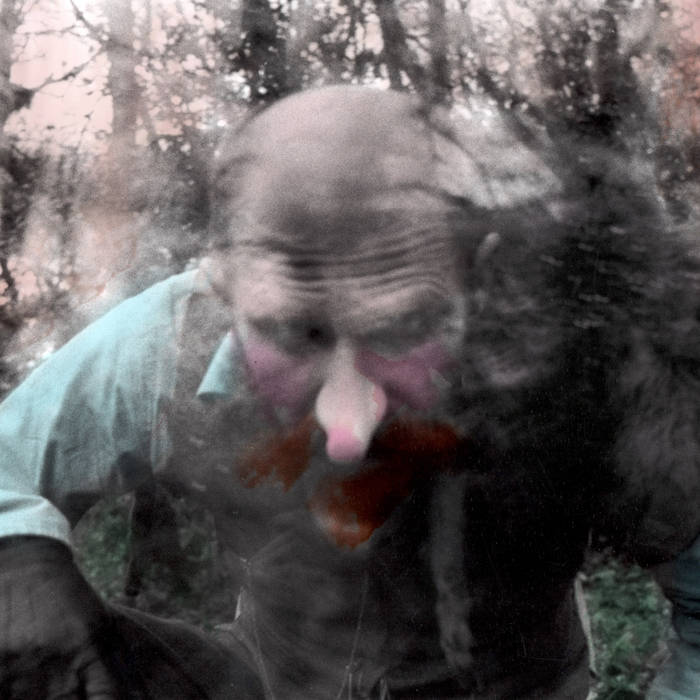 Music originally issued on a limited edition cassette by Strange Attractor Press to accompany a book of drawings by my dear friend and incredible multi-disciplinary artist, Ian Johnstone.

A: The Levitating Moon Piece
B: Black Egg / Orpheus

I wrote several pieces of music for Ian’s ‘Ark Todd’ static levitation performance over the years. Each setting provoked a different approach. The collaboration with Ulver at the Norwegian Opera house in Oslo was well documented but this particular version, composed for the exhibition of his Stab Wounds at the Horse Hospital gallery in Bloomsbury, has been resting dormant until now.

The second piece was a commission for The Place Theatre, also in Bloomsbury. An unfinished piece of choreography with dancer and vocalist Francois Testory. Like all of Ian’s work, this was a singular vision probing the human condition and meticulously scratching for truth under every surface.

Born in Cumbria, September 2nd, 1967, year of the goat, raised by his loving parents Herbert and Muriel Johnstone. He graduated in fine art at Middlesex university, where he cultivated Mr. Todd - a recurring performance motif hybridising the hunted fox, the poisoned seagull, the Edwardian philanthropist in Disneyland biting at the moon in perpetual levitation and static petrification. Partner of body artist Alan Oversby (Mr. Sebastian). Partner and muse of Geoff Rushton (Jjohn Balance). Made several costumes and artworks for Coil including Black Antlers, the Racing Green box and The Ape Of Naples. He performed live on stage with Mothlite and Ulver, the latter of which was a performance of Mr. Todd's levitation piece and The Leg Cutter at the Norwegian National Opera house. He was a radical permaculturalist, beekeeper and savant of medicinal plants. The main concern in his later years was Cantu Fermusu, Several acres of woodland in the Asturian mountains which he cultivated with Mikel Quirós. He was a master craftsman, discerning to the finest detail, humble and kind, self-critical and irreverent, in love with nature, at war with the patriarchy. A good animal, true to his animal instincts. He passed away under an Acer tree in Asturias, June 30th, 2015.

Daniel O'Sullivan is a London based composer, multi-instrumentalist and producer. Member of Grumbling Fur, This Is Not This Heat, Mothlite, Laniakea, Ulver, Sunn O))), Guapo, Miasma & the Carousel of Headless Horses, Miracle & Æthenor. O'Sullivan collages a wide range of musical disciplines from free-form improvisation to hallucinatory dreampop to extended drone and electric chamber music. ... more

Bandcamp Daily  your guide to the world of Bandcamp